Putting Insect Legs on a Helicopter Lets it Land Anywhere

Scientists have been looking to nature to help solve engineering problems for years – and now they’ve turned their attention to the subject of helicopter landings.

Helicopters are often used in rescue situations because, compared to planes, they offer better manoeuvrability, can hover, and can land in a more restricted area. However, they still need a flat surface to land on; something that is noticeably hard to find in disaster-struck areas. 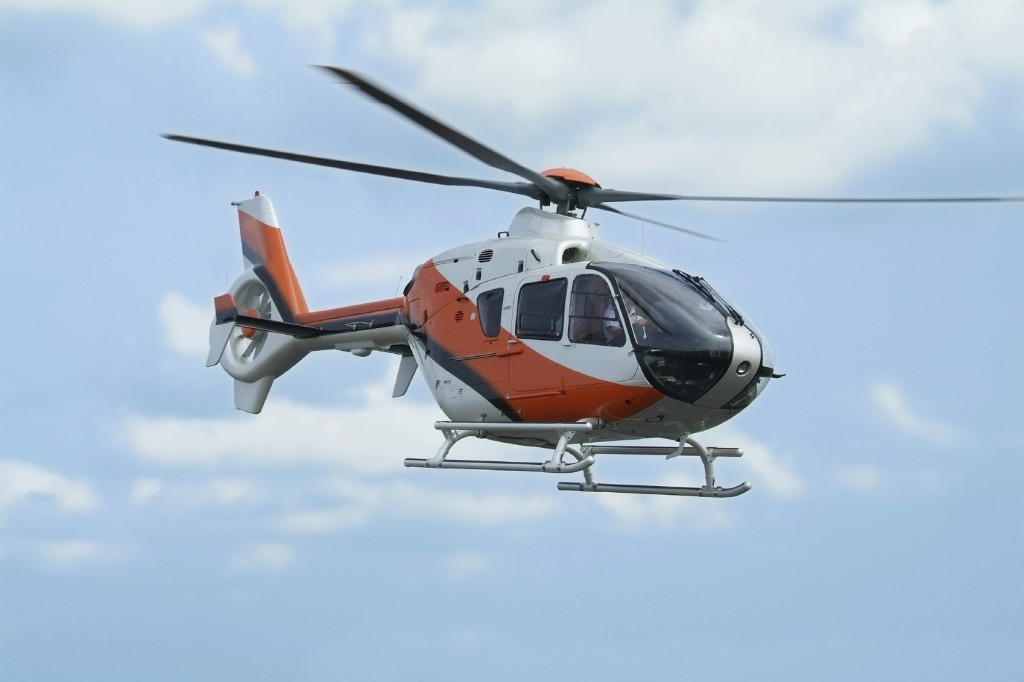 It can also be difficult to land safely on transport ships at sea, as rough conditions can require split second timing to come down level whilst the deck rocks beneath the pilot. Time it poorly, and the rotor blades could hit the deck, with disastrous consequences.

DARPA, the Defense Advanced Research Projects Agency in the USA, has recently demonstrated a new design to overcome these issues. Developed at the Georgia Institute of Technology, the Robotic Landing Gear takes inspiration from the legs of insects to provide a much more flexible landing.

Instead of the traditional skids, the DARPA prototype features four articulated robotic legs, each equipped with a contact sensor in the foot. On landing, these sensors allow the legs to flex and adapt to the surface, determining the best angle to create a level landing. During flight, these legs can be drawn up against the helicopter’s body to maintain an aerodynamic profile.

According to the researchers, the Robotic Landing Gear should allow helicopters to land on slopes of up to 20 degrees in gradient, more than twice the gradient which is currently possible. In addition, they will be able to land on uneven ground, as demonstrated by the radio-controlled prototype safely landing with two feet on the ground and two on an elevated piece of wood.

The design is currently only in prototype, and it’s not known when it will be available for either military or civilian use. However, it could offer potential not only for safer landings on rough terrain here on Earth, but also on far away planets if adapted for space exploration vehicles.

One potential disadvantage is in the extra weight that the adaptive legs carry compared to traditional skids; in flight, and particularly in a rescue situation, weight is naturally a very important consideration. The full-size Robotic Landing Gear will need to be designed with enough strength to carry the helicopter and its load, yet without adding too much weight of its own.

At European Springs, this is exactly the type of problem we often help our clients with; not only finding the right components from die springs to disc springs but also creating them with the most appropriate materials for the task at hand. Whatever you’re building, whether you’re at prototype stage or the finished product, we’ll be happy to help. For more information, get in touch with us on 048 9083 8605 today.