When it comes to our love of engineering at European Springs IE, we aren’t just about die springs and pressings… we enjoy nothing more than celebrating the whole world of manufacturing. While it may seem somewhat of an unlikely source, reptiles have had many an influence on the future of engineering; so to celebrate Reptile Awareness Day, let’s take a peek at some of the ways that reptiles have played their part in shaping the future of the engineering industry.

As you may be aware, biomimicry is where engineering, manufacturing or design takes influence from the natural world. Through history, such biomimicry has influenced everything from aeroplanes to diving gear, but what parts have our reptilian friends played in the evolution and development of engineering?

Small lizards have a fascinating ability to sprint up walls and cling upside down to ceilings without any effort. Attributed to their ‘sticky toes’, geckos have an adhesive force 600 times that of friction!  Implementing and developing technologies based around this adhesive, several connotations towards the future implementation with robot technology have been formed, such as the potential of applying such an adhesive to aid in robots ascending burning buildings to save those trapped inside.

The dry adhesive which is generated could equally be of use in medical operations, in particular nano surgery. Its ability to stick with such strength also offers major implications for a variety of transport, helping to keep car wheels stuck to the road, as well as the potential application of mini-gecko robots which could help to repair ships or bridges, as well cleaning hard to reach windows and ceilings. The potential of such a technology is so vast that it could even be applied to the repair of satellites.

And that’s just the influence from their feet! Consider the impact of chameleons on colour changing clothes or the influence a snake’s balance has on a robot’s… the possibilities are fascinating. It is just a matter of time before we see more and more biomimicry influences from reptiles, so watch this ssspace! 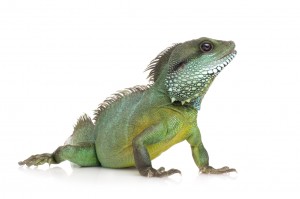 So, join us in celebrating Reptile Awareness Day and give thanks to our scaly friends, they may well save your life one day. If you would like to discuss the technologies we already have available at European Springs IE, and the services we have on offer, then don’t hesitate to get in touch. You can contact us on 048 9083 8605, where our friendly team of spring manufacturing experts will be eagerly awaiting your call.

This entry was posted in Engineering. Bookmark the permalink.