Skip to content
»Home»Engineering»Great Feats of Engineering: The Trans-Siberian Railway

Engineers are capable of accomplishing extraordinary things, and at European Springs Ireland, we believe that these are worth celebrating. For the next instalment in our series that celebrates the greatest feats in engineering, we will be taking a look at the marvel that is the Trans-Siberian Railway.

The Trans-Siberian Railway is a network of railways connecting the Russian capital of Moscow with the Russian Far East and the Sea of Japan. It was built between 1891 and 1916, and spans 5,772 miles. 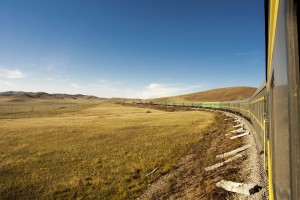 The Need for Transportation

Towards the late 1800s, the development of Siberia was hindered by poor transportation links. The region was only accessible by river or by horse-drawn cart, both of which were difficult, unsafe and impractical.

There was a clear need for a railway to connect Siberia with Central Russia, and after a 10 year-long design process, the plans for the Trans-Siberian Railway were born.

Tsar Nicholas II inaugurated the construction of the Far East segment of the railway in March 1890, with full-time construction beginning in 1891.

Similar to the construction of the First Transcontinental Railway of the United States, the engineers of the project began building the railway at either end and worked towards the centre.

Among the most phenomenal achievements during the construction of the Trans-Siberian Railway were the bridges that were built over the Ural River and the Ob River. These not only signified the entrance of the railway into Asia and Siberia respectively, but were themselves excellent feats of engineering.

War, Revolution and a Railway

The Russians suffered a bitter defeat in the Russo-Japanese War (1904-05), and the Trans-Siberian Railway was seen as one of the main causes of the loss, as at the time the railway was just a single track that only allowed travel in one direction, and therefore it caused continuous supply difficulties for the Russians.

The railway also served a great purpose in the Russian Revolution, as it was used by White Russian supporters to fight the Bolsheviks on the Ural front. However, after the victory of the Bolsheviks, many parts of the railway were blown up or destroyed.

The Trans-Siberian Railway played a vital role in World War II, where many used the railway to escape Europe and Nazi occupation. It also became the safest connection between the United States and the USSR due to the eagerness of the Japanese to maintain good relations with the latter.

We hope you enjoyed reading about yet another fascinating feat of engineering. At European Springs Ireland, we love to celebrate all feats of engineering, no matter what they are, and that’s why we put such attention to detail into our springs. Engineers pride themselves on their high standards, and we certainly wouldn’t want to let the side down! Therefore, if you require tension or compression springs, we can help to ensure that your project is a success. For more information, contact us today by calling 048 9083 8605.