Seahorse Tails And The Robots Of The Future

But sometimes being unique has its advantages and scientists and engineers are now turning to the seahorse to provide the inspiration for the future of robotics.

Want to know more? Then you’re in luck as here we’re going to take a closer look at the surprising story of how the seahorses tail is gripping the imagination of the engineering world. 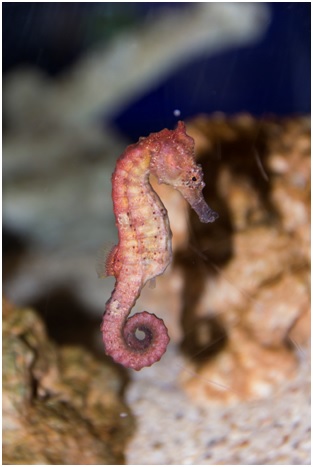 Seahorses are strange animals. But their tails are even stranger. Most animals have a tail that features a cylindrical cross-section. But not seahorses; their tails are square in shape.

Seahorses may technically be fish, but their tails have evolved such that they now provide these animals with little assistance when it comes to swimming. Instead they function to provide these creatures with a strong, yet energy efficient grasping mechanism, allowing seahorses to cling to seaweed and coral reefs as they wait for their next meal to pass by.

Their terrific tails are also equipped with a layer of tough armour – in the form of a series of square bony plates – that provides an extra layer of protection.

Inspired by the humble seahorse, a team of engineers at Clemson University in South Carolina have been studying these sea-dwelling creatures in detail over the past few years to uncover the many virtues of their tails.

In order to do so the team utilised an array of advanced 3D printing techniques to mimic the structure of a seahorse tail. And what they have found is really rather exciting!

Rather than testing the tails of live seahorses the researchers instead used 3D printing technologies to produce 3D models of round and square tail structures, which they later tested.

These tests revealed that the square tail structures – akin to the plates found on a seahorses tail – function by sliding past one another when a crunching pressure is applied, thereby helping to protect the vertebral column,  before sliding back into place.

The researchers also discovered that the square shaped model provided more contact points when grasping an object. This acts to create a stronger hold on the object, providing an impressively strong grip.

Other insights the team learned included the fact that the square structure of a seahorses tail makes it much easier for these animals to bend and twist their tails. What’s more their tails can also return to their former shape with much greater ease than those of animals with cylindrical tails.

The Tail Has It!

All in all, the distinctive square architecture of a seahorses tail provides an impressive level of dexterity. And it’s this that has got the researchers so excited.

The team believe that their findings could have important implications for the field of robotics. More specifically, they have proposed that by imitating the distinctive design of a seahorses tail we could create even better robots that are able to twist and turn in very tight spaces.

To this end the team are aiming to refine the structures they have produced further, with the aim of developing them for use in gripping robots and even surgical tools! You can find out more about the potential applications of these findings in the video below:

This incredible story highlights once again how amazing the natural world really is. As leading manufacturers of a wide range of high quality springs, here at European Springs Ireland we like to think that our own spring designs are pretty innovative and remarkable too. In fact we’d go so far as to say that they’d even give Mother Nature a run for her money!

Want to know more about our services? Then simply contact our friendly team today, by giving us a call on 048 9083 8605, and we will be happy to help you with your enquiries.