The History of the Spring

People may not notice just how much of a role springs play in our day-to-day lives. Everything from your coffee maker to your car brakes, your toilet to your remote control – all these everyday products rely on the humble spring. The history of this revolutionary technology dates back longer than you might think. 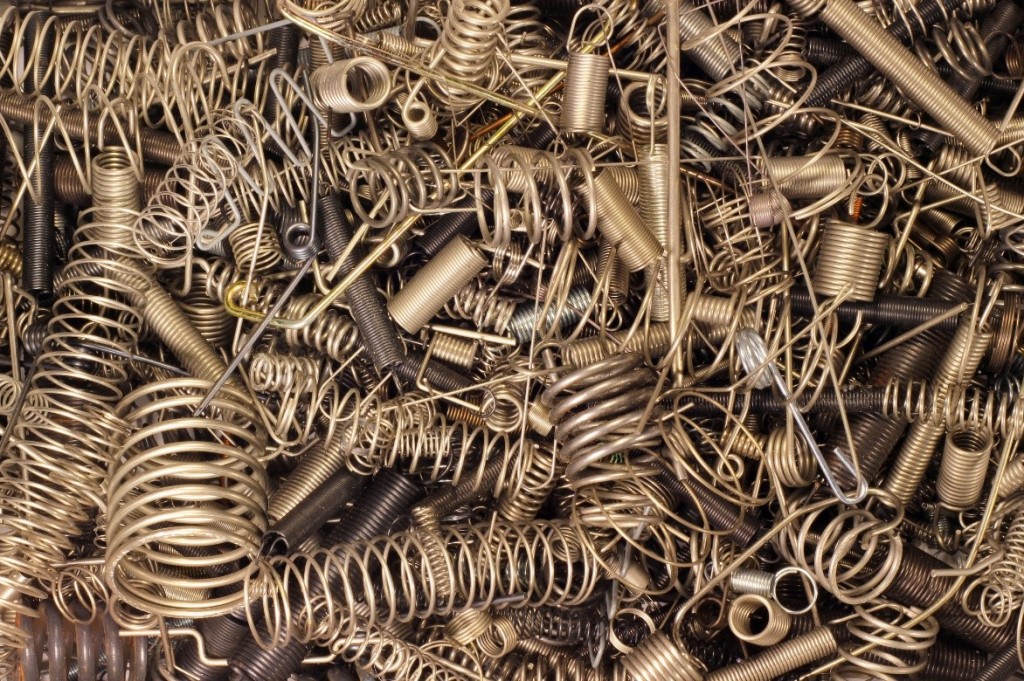 What do we classify as a ‘spring’? The helical shape of a compression spring (a coiled spring) is well recognised as the ‘standard’ spring shape. However, this design was not humanity’s first introduction into this life-changing technology.

An early example of spring technology is the bow and arrow. This prehistoric weapon works using a simple non-coiled spring, in the same way as a modern-day tension spring. When the bow’s string is pulled back, it tightens and creates a bounce when released; this is considered a ‘spring’. Given that bone arrowheads have been discovered dating as far back as 61,000 years ago, this suggests that this form of spring technology is at least this old.

Coiled springs, on the other hand, are a much more modern invention, appearing as late as the 18th Century.

Springs began to take on a more sophisticated form in the Bronze age, shown through the spread of tweezers in many cultures during this time. A type of chariot created in 1333 BC, which was popularised by Tutankhamun, featured an early suspension system designed with leaf spring shock absorbers. This type of spring technology was also used during the Roman era for their chariots.

Leonardo Da Vinci was the mastermind behind springs being employed into the design of pistols. In 1493, Da Vinci discovered that the use of a small spring would allow a pistol to be shot using just one hand, completely altering the way firearms were used.

Hooke’s Law, devised in 1676 by British physicist, Robert Hooke, is a physics principle which states that the extension of a spring is proportional to the load applied to it, so long as this load does not exceed the material’s elastic limit.

The force is equal to the ‘spring constant’ in Newtons per metre, multiplied by the extension in metres. This equation was, and still is, paramount in the creation of objects that use springs.

The original coil spring was patented in 1763 by R. Tradwell; it was considered revolutionary since, unlike the leaf spring, it did not need to be lubricated or spread apart. It was during this era that new forms of spring technology began to crop up, such as balance springs, clock springs and mattress springs. They were more accurate and inexpensive to replace, which led to the mass production of metal springs.

The advancement of spring technology came on leaps and bounds as time went on. Now springs can be found everywhere, from bikes and cars to watches, toys, door locks, trampolines and even jet skis. Here at European Springs Ireland, we work with a wide range of different springs, including clips, torsion, tension, compression, gas, motor and more – all of which can be used in a number of industries.

If you would like to speak to us about how our springs could be used in your next project, please don’t hesitate to contact us, and we will be more than happy to advise you.